It’s been a little over a year since we launched Oxford — and since then, we’ve seen so many magazines and blogs start up, really leveraging the featured content area and typography to push their content to the fore. 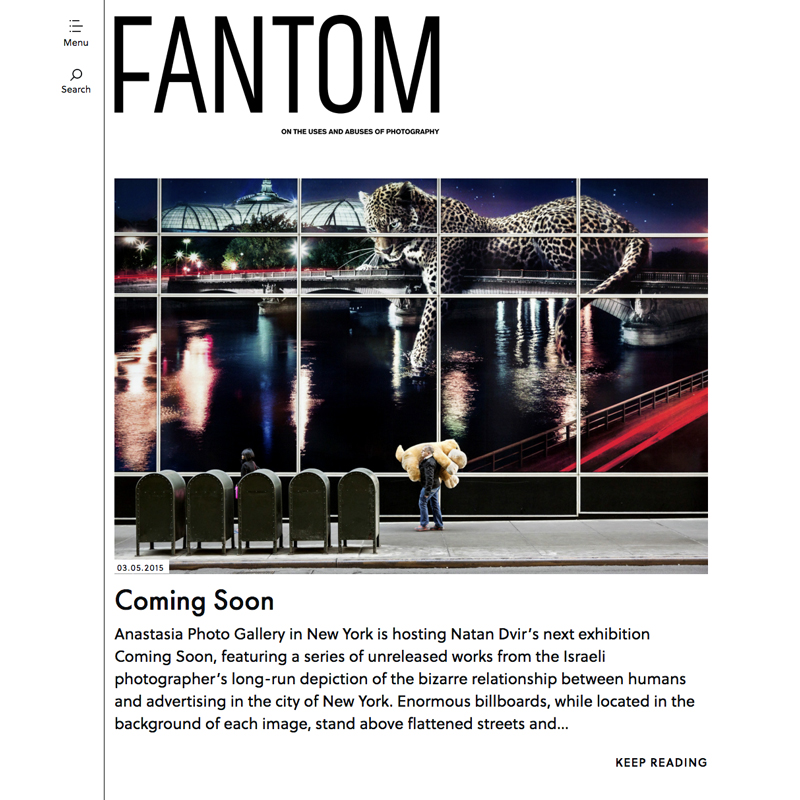 Here are ten amazing magazines you should be reading (that all happen to use Oxford). What really stands out about each of these sites is that it’s not the theme, rather the writing, photography, and editorial stylings of each that makes them so effective.

Which is exactly what we were aiming for.

Fantom – On The Uses and Abuses of Photography

“Since its outset between Milan and New York in 2009, through the publication of a photographic quarterly and of a series of photobooks distributed in over 20 countries, Fantom has become a reference in the world of contemporary visual culture.​”

The Columbia Review – The oldest college literary magazine in the nation

“A travel brand curated by a team of award-winning talent, La Carte is inspiring, entertaining and informative journalism for the worldly reader. We share not just what is happening in the hottest destinations, but how and why, with coverage that is smart, discerning and insightful. Our curiosity and focus on experiential travel is informed by our own adventures, as well as guidance from locals and insiders.” 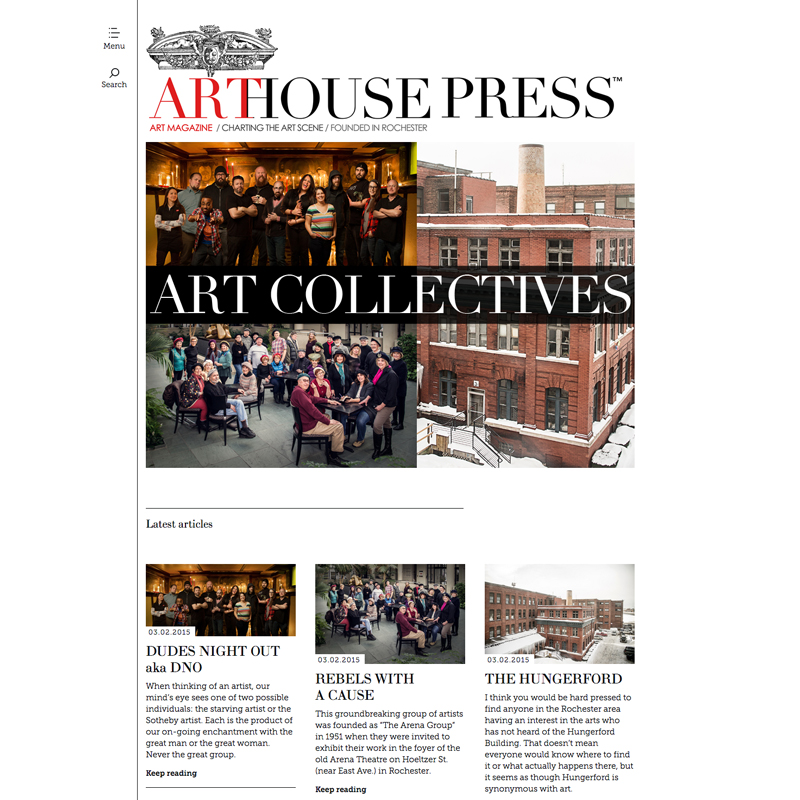 Based in Rochester, New York, the editor of Art House Press views and uses the platform as “an opportunity to tell the stories of artists and make their art accessible to anyone online.”

The Monsoon Project – a place for insights on asia and the pacific by a community of travellers, thinkers and scholars

“The Monsoon Project aims to collect, articulate and share the stories, opinions and scholarship of young people engaging in the Asia Pacific. In doing so, we want to inspire new conversations about how and why a relationship with the region is interesting and important.”

“From week to week, our small team aims to discover and unveil the new, the quirky and the fascinating in their nooks of creativity. We want to know what inspires them, where they’ve come from and where they’re going.” 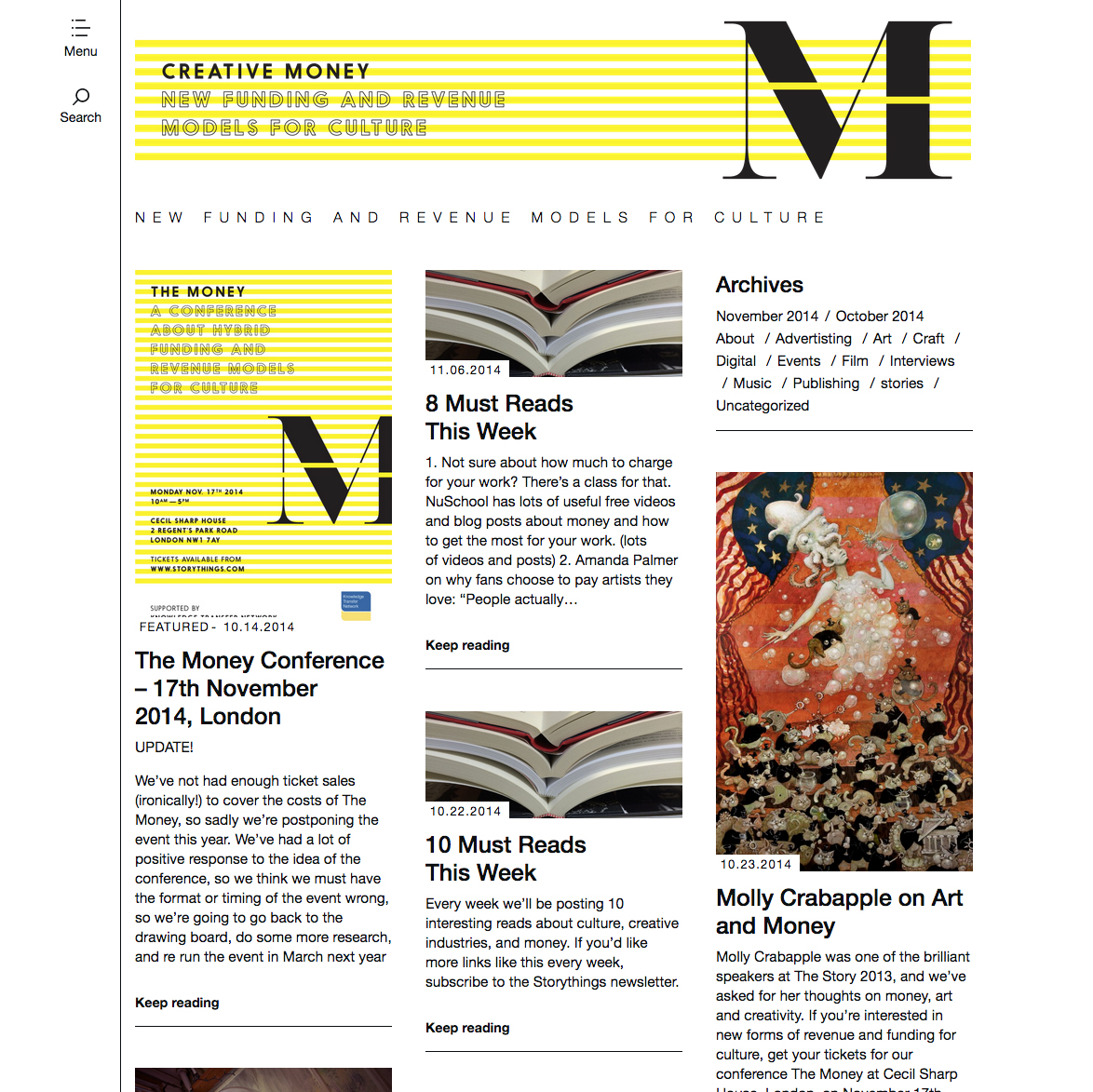 “We will be sharing stories, insights, tactics and opportunities about new sources of funding and revenue. We’ll be asking creatives and makers to share their experiences in their own words. Creative Money is about how money helps us make culture, not just about money as an end in itself.”

The Grandparent Effect – Stories from a Quiet Revolution

The Grandparent Effect is a narrative-style publication that examines the role of grandparents in modern families. “Grandparents are healthier, wealthier, and longer-lived than ever before. What does this mean for us all?”

The GRRLS – A blog for young working women

“The Grrls is a blog and network for young, working women. The Grrls mission is to help young women achieve great things in the workplace and in life. The Grrls blog is full of essays that speak to different parts of life through different mediums…”

As an end note, I’d like to mention that it wasn’t finding these sites that was difficult, rather it was only picking ten from the list of stellar Oxford users that cropped up! If you think we missed you this round, let us know! We’d love to feature you in the future!